Since about 2007, Pictures Plus has regularly framed a variety of sports memorabilia for client Robert Byers. Robert is a true sports fanatic, and his man cave covers most of his home!

When Tiger Woods won his comeback 5th Masters in 2019, naturally Robert wanted his Masters memorabilia framed like the four collages he had framed on Tiger’s four previous Masters wins. However, since his last Masters win prior to 2019 was in 2005, and we had only been working with Robert since 2007, it means we didn’t make any of the four previous Masters frames Robert owned.

So we had to duplicate all the materials. Framing products—mats, mouldings, etc—do come and go from the marketplace, but fortunately all of the materials previously used were still extant, so we were able to make Tiger’s 5th Masters memorabilia collage on Robert’s man cave wall a spot-on match for the first four. 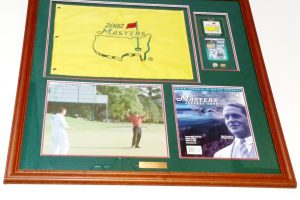 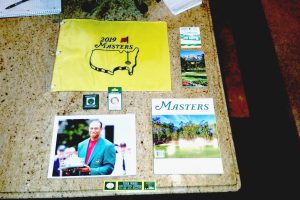 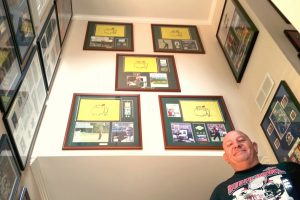 “I highly recommend Pictures Plus. They have been framing pictures and hanging them for me for over 15 years. Pictures Plus' quality of work is excellent. Not only do they make a great product, they install them too."

Ready to work with Pictures Plus?

Contact us today for a free consultation and quote.